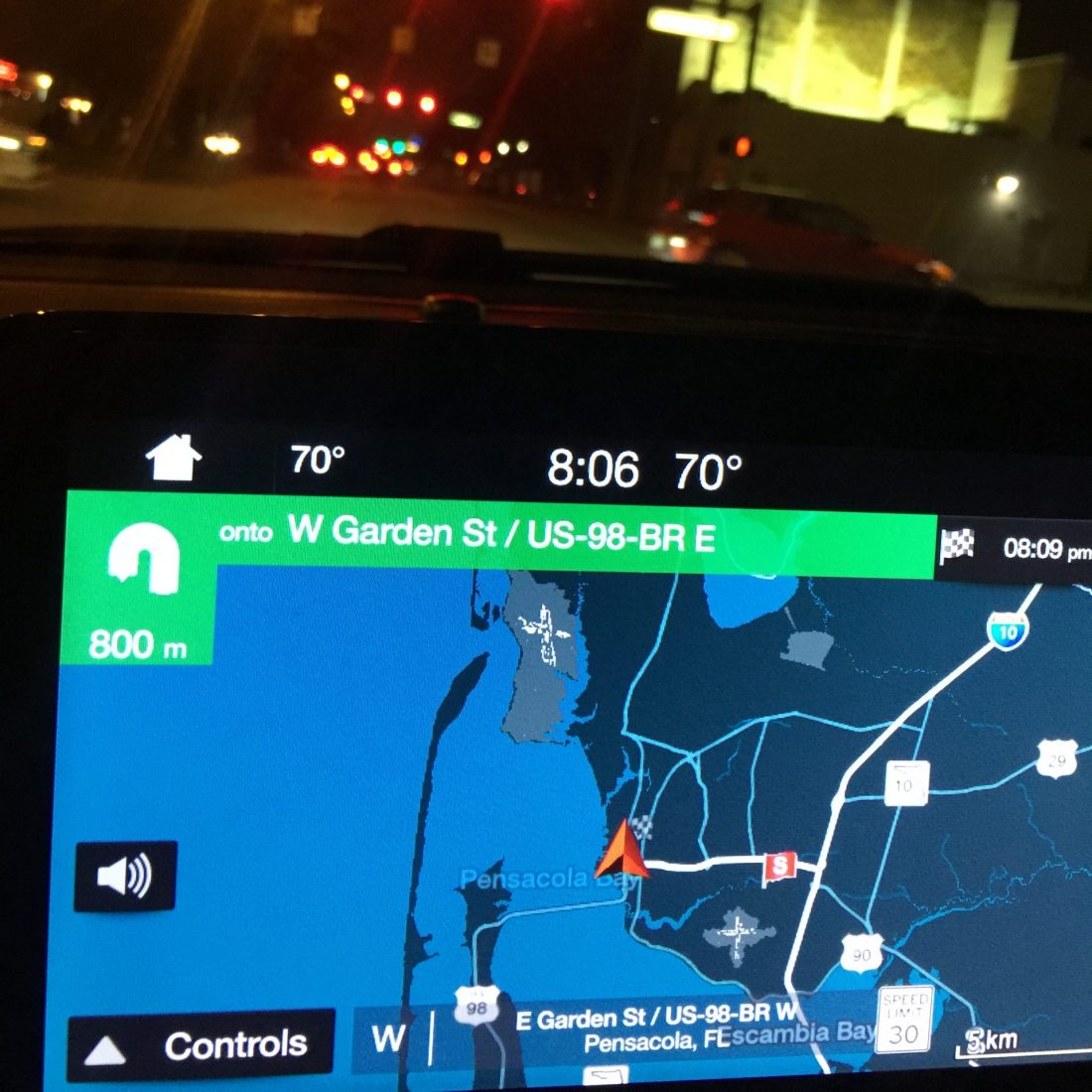 We arrived in Pensacola on Saturday February 1st. It was cold. We didn’t expect that. Neither of us brought the required clothing. Since then it’s been up and down in temperature with a huge range (12-27C). So even though it sometimes feels like summer to us, it’s definitely their winter as evidenced by the vegetation, which is largely in a dormant state.

We were also surprised by the structure of the city especially since the University of Western Florida (UWF) where we are being hosted is quite far from the historic downtown area of the city.

Things we have noticed about Pensacola:

We have learned a lot of about the area in conversation with our gracious hosts and other visitors to our makeshift studio in the TAG gallery. For example, we noticed that there are many camellia trees here and someone told us they know of a camellia tsar (his words). Turns out there is a camellia garden on campus and we walked through it today. It was absolutely amazing. We will do a camellia scan.

The campus is located on a hilltop and is surrounded by wild spaces. There are also many trees on the campus itself. Once we started walking, we loved it. There is a boardwalk trail through a Bayou a short 5 minute walk from the gallery. From there, there is a 17 mile network of trails. All of the trails warn of alligators and poisonous snakes but there seems to be no general fear about these encounters. We have seen one snake so far and it was a mutually benign encounter. We learned from Jeff VanderMeer (who gave a lecture today) that alligators are like scaly basset hounds, and that, if you need to, you can execute a well-planned jump over one. We also learned that there are attacking otters here. And that this area is the 6th most biodiverse area in the world.